Arrest Made in Moscow Homicides Investigation

By News Desk on December 30, 2022, 5:24 pmComments Off on Arrest Made in Moscow Homicides Investigation

Moscow, ID…Investigators make arrest in the November 13th quadruple murders in Moscow, Idaho. On November 13, 2022, at 11:58 hours, Moscow Police Department officers responded to a call at 1122 King Road for the report of an unconscious individual. Upon arrival, officers discovered four deceased individuals which were later ruled to be homicide. 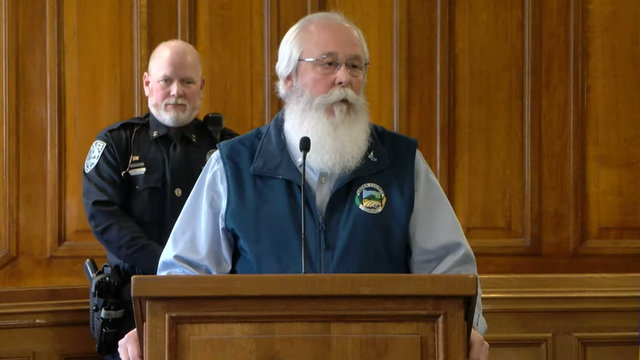 Last night, in conjunction with the Pennsylvania State Police and the Federal Bureau of Investigation, 28-year-old Bryan Christopher Kohberger was arrested in Albrightsville, Pennsylvania on a fugitive from justice arrest warrant. He is wanted on four (4) counts of first-degree murder (Idaho Code 19-4003) and one (1) count of felony burglary (Idaho Code 18-1401) for entering a residence with the intent to commit murder. Kohberger resides in Pullman, WA and is a graduate student at Washington State University.

“These murders have shaken our community and I know that no arrest will restore the families or bring these young students back. However, we believe in the criminal process and continue to extend our most sincere condolences to the families,” said Moscow Police Chief James Fry. “Since November, investigators have been laser-focused on pursuing every lead in our pursuit of justice. This complex case took extensive work to develop a clear picture of what occurred and I’m thankful to the dedication shown by members of the Moscow Police Department, Idaho State Police detectives and Crime Lab technicians and scientists, and the Federal Bureau of Investigation for the resources and personnel to conduct this massive investigation. It was persistent determination and extensive hours spent unraveling this case that led to an arrest.”

On the evening of November 12th, Kaylee Goncalves and Madison Mogen arrived home at about 1:56 a.m. after visiting a local bar and street food vendor. Ethan Chapin and Xana Kernodle were at the Sigma Chi house before arriving home at around 1:45 a.m. Two roommates, who survived the murders, had also been in the community and returned home at about 1 a.m. On the morning of November 13th, a 911 call was made at 11:58 a.m. reporting an unconscious person at the residence. The call came from inside the home from one of the surviving roommates’ cell phones. Moscow Police responded and found two victims on the second floor and two victims on the third floor. Autopsies conducted by the Latah County Coroner confirmed the identity of the four victims along with the cause and manner of death as homicide by stabbing.

“These tragic murders took four young, vibrant members from our community. This has been a difficult time for the families, the university, the Moscow community, and the people of Idaho. However, it has also proven that communities come together in tough times,” said Colonel Kedrick Wills of the Idaho State Police. “I’ve had the utmost confidence in the Moscow Police Department that this investigation would be done right. Chief Fry selected the right people for the right positions to successfully solve this case. Nothing deterred the commitment of investigators to work together as they built incredible partnerships to bring justice for the victims and their families.”

The Idaho Supreme Court dictates that probable cause affidavits remain sealed until the arrest warrant is returned to the court. As such, the factual basis of this case will remain sealed until an initial appearance is made in an Idaho court. No additional information can be provided in this case until court files and records are released. There will be no bond and the suspect can waive or fight extradition to Idaho. However, once back in Idaho the court process will continue.

“The FBI has committed its full support to our partners with the Moscow Police Department in an effort to solve this horrific case and bring some resolution for the victims’ families,” said Special Agent in Charge Dennis Rice of the Salt Lake City FBI. “Though nothing can bring Madison, Kaylee, Xana, and Ethan back, we remain dedicated to working with our state and local partners throughout this investigation.”

The investigation continues and detectives have seized a white 2015 Hyundai Elantra. Additional search warrants and location searches are occurring in multiple locations. Additional evidence will be collected, and interviews conducted.

Throughout the investigation, the community took an intense interest in the case. Over 19,000 tips were received with over 9,000 through email, 4,500 by phone, and over 6,000 digital media submissions. Investigators have conducted over 300 interviews.

Arrest Made in Moscow Homicides Investigation added by News Desk on December 30, 2022, 5:24 pm
View all posts by News Desk →