By News Desk on October 7, 2022, 1:37 pmComments Off on Alaska Senators Call for Enhanced Security After Russian Nationals Land on St. Lawrence Island

Juneau, AK…U.S. Senators Lisa Murkowski and Dan Sullivan, both R-Alaska, today released the following statements after two Russian nationals landed at a beach near Gambell, located on the northwest tip of St. Lawrence Island in Alaska, and requested asylum in the United States. 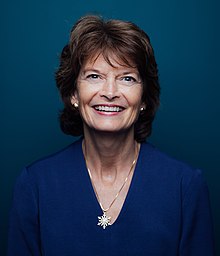 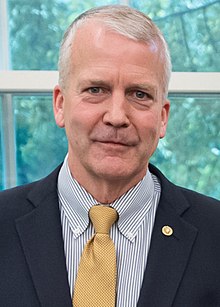 “We are actively engaged with federal officials and residents in Gambell to determine who these individuals are, but right now, we already know that the federal response was lacking. Only local officials and state law enforcement had the capability to immediately respond to the asylum seekers, while Customs and Border Protection had to dispatch a Coast Guard aircraft from over 750 miles away to get on scene,” Murkowski said. “This situation underscores the need for a stronger security posture in America’s Arctic, which I have championed throughout my time in the Senate.”

“Given current heightened tensions with Russia, I called the Secretary of the Department of Homeland Security (DHS) and spoke to him as well as another senior DHS official when I was first contacted about this situation on Tuesday morning by a senior community leader from the Bering Strait region. Since those calls, Customs and Border Protection is responding and going through the process to determine the admissibility of these individuals to enter the United States. I continue to be in regular communication with DHS Secretary Mayorkas and officials at Customs and Border Protection and have encouraged them to have a plan ready with the Coast Guard in the event that more Russians flee to Bering Strait communities in Alaska,” said Sullivan. “This incident makes two things clear: First, the Russian people don’t want to fight Putin’s war of aggression against Ukraine. Second, given Alaska’s proximity to Russia, our state has a vital role to play in securing America’s national security. This is why Senator Murkowski and I have been pressing officials in Washington D.C. so hard on the need to prioritize capabilities in the Arctic — including infrastructure, Coast Guard assets, ports and strategic defense assets.”