Agencies Team Up To Evaluate Mountain Lion That Attacked Pets

By News Desk on December 10, 2022, 9:16 amComments Off on Agencies Team Up To Evaluate Mountain Lion That Attacked Pets

Los Angeles, CA…The California Department of Fish and Wildlife (CDFW) and National Park Service (NPS) announced plans today to capture the world-famous mountain lion P-22 and bring him in for a health evaluation. Following that evaluation, CDFW veterinarians and NPS biologists will determine the best next steps for the animal while also prioritizing the safety of the surrounding communities. 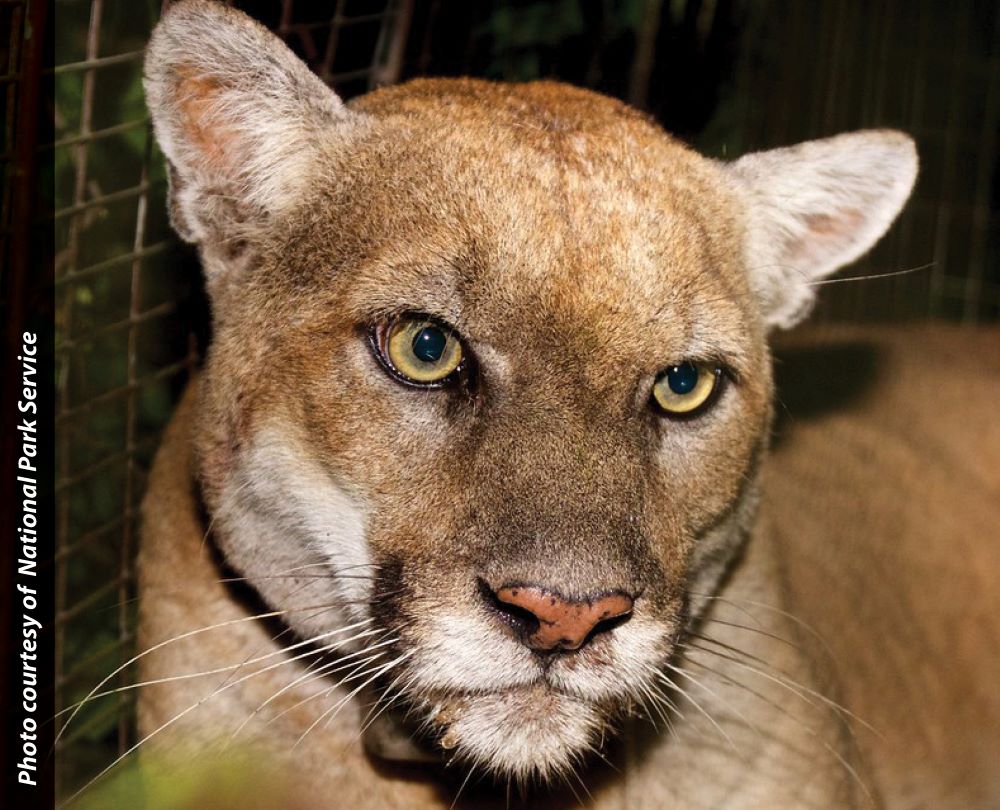 P-22 has been reported near human dwellings close to his habitat in Griffith Park. Reports include sightings, video camera recordings and physical encounters with the lion. P-22 is a remarkably old cat in the wild and, after being deemed responsible for killing a leashed pet last month, may be exhibiting signs of distress.

This is an unprecedented situation in which a mountain lion has continued to survive in such an urban setting. As P-22 has aged, however, the challenges associated with living on an island of habitat seem to be increasing and scientists are noting a recent change in his behavior. This underscores the consequences of a lack of habitat connectivity for mountain lions and all wildlife.

CDFW and NPS do not require assistance to capture and evaluate P-22 and ask that members of the public refrain from any involvement in the effort.

CDFW and NPS have long partnered together on issues related to P-22 and have been involved with him most of his life. Both agencies are actively monitoring the situation and evaluating the most humane options available for a plan of action for the lion and the community in which he lives.

NPS has been studying mountain lions in and around the Santa Monica Mountains for the last two decades to determine how they survive in a fragmented and urbanized environment. CDFW is responsible for overseeing the management and conservation of mountain lions in the state.

Agencies Team Up To Evaluate Mountain Lion That Attacked Pets added by News Desk on December 10, 2022, 9:16 am
View all posts by News Desk →