By News Desk on February 23, 2022, 12:55 pmComments Off on A Story Honoring Black History Month and Women’s History Month

Columbia Falls, ME…Written by Wreaths Across America: During the first World War Ralph Lindsey, my great grandfather, kept a journal of his service on the front. He wrote about the front, his travels, his wounds, but the thing that came up most often – the mail. Fast-forward 100 years. Even in the digital age there is something uniquely personal about a written letter – it creates a connection that digital communications simply cannot match. Anyone who has served in the military knows – no mail equals low morale. 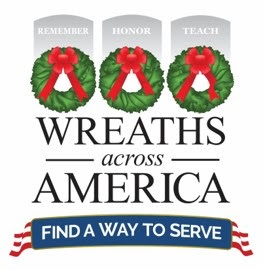 In early 1945 as the Battle of the Bulge concluded Army officials reported that a lack mail was hurting morale. Warehouses were filled with millions of pieces of mail destined for the seven million Americans serving in the European theatre. The task of getting that mail to its intended recipients fell on the 6888th Central Postal Directory Battalion.

Except for a few smaller units of nurses, the “Six Triple Eight” was the only all women, all black unit from the Women’s Army Corps to serve overseas during WW2. In response to the attack on Pearl Harbor our entire nation was mobilized to support the war efforts. While the war largely united Americans in a common purpose – the military remained segregated with the ability to serve being restricted based on race and gender. The women of the 6888th not only served – they had to fight for their right to serve. The unit’s commander, Major Charity Adams – became the first black women to hold a commission in the Women’s Army Auxiliary Corps. 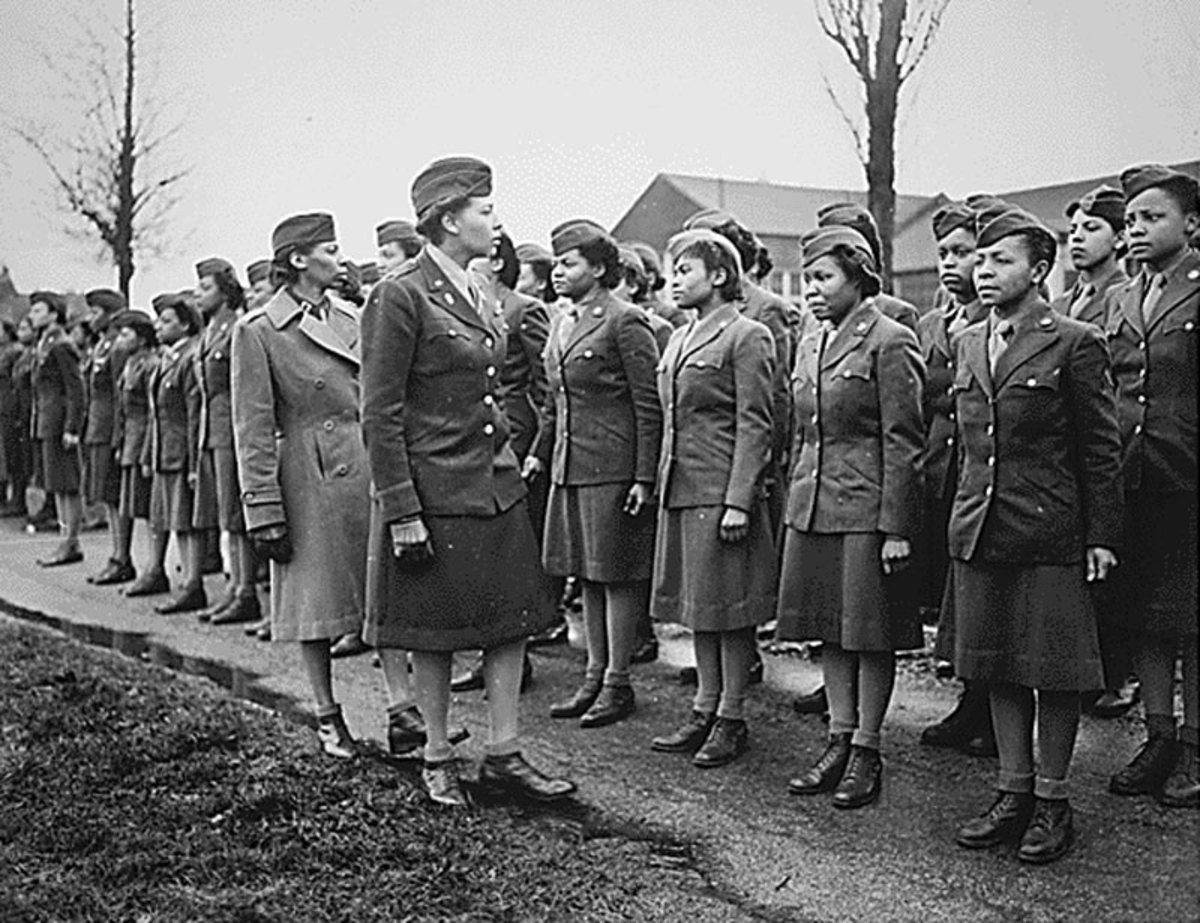 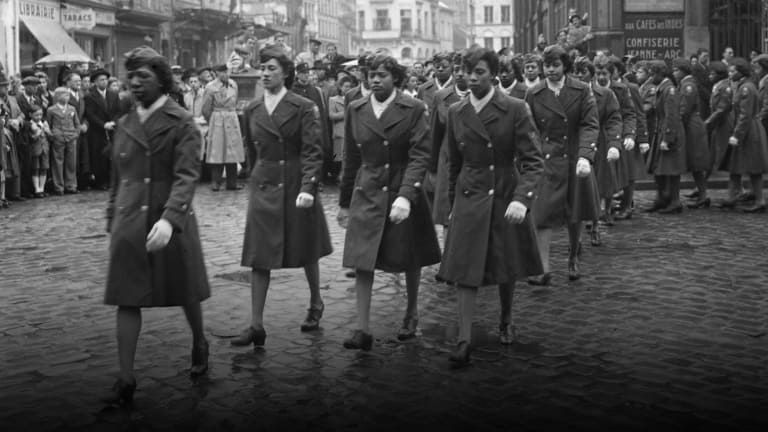 The Six Triple Eight confronted warehouses stacked to the ceiling with letters and packages. These buildings were unheated and dimly lit, the windows blacked out to prevent light showing during nighttime air raids. Rats sought out packages of spoiled cakes and cookies. As it was a cold winter, they wore long johns and extra layers of clothing under their coats while working in these warehouses. The unit members were organized into three separate shifts daily, so work continued around the clock, seven days a week. They tracked individual servicemembers by maintaining about seven million locator cards including serial numbers to distinguish different individuals with the same name. They dealt with “undeliverable” mail which was sent to their location for redirection. They investigated insufficiently addressed mail for clues to determine the intended recipient, and they handled the sad duty of returning mail addressed to servicemembers who had died. 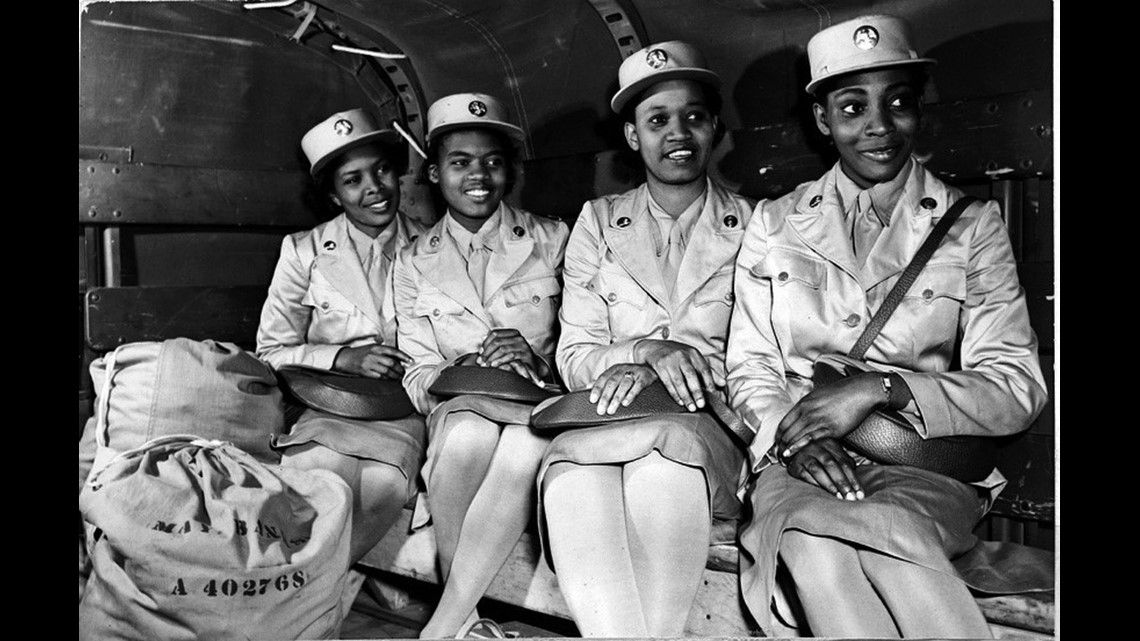 As the war concluded the legacy of the 6888th was already being formed. Three members of the 6888th are buried at Colleville-Sur-Mer Normandy American Cemetery (there are only four women buried there). Like so many of the greatest generation, the women of the 6888th returned from the war determined to make up for lost time – while some remained in the military, others used the GI Bill to further their education and create new opportunities for themselves. They became teachers, nurses, and businesswomen. One of the most important aspects of their legacy was their contributions to civil rights. The accomplishments of the 6888th in Europe contributed to a study regarding the contributions of women to the war efforts which concluded: “[T]he national security program is the joint responsibility of all Americans irrespective of color or sex” and “the continued use of colored, along with white, female military personnel is required in such strength as is proportionately appropriate to the relative population distribution between colored and white races.” 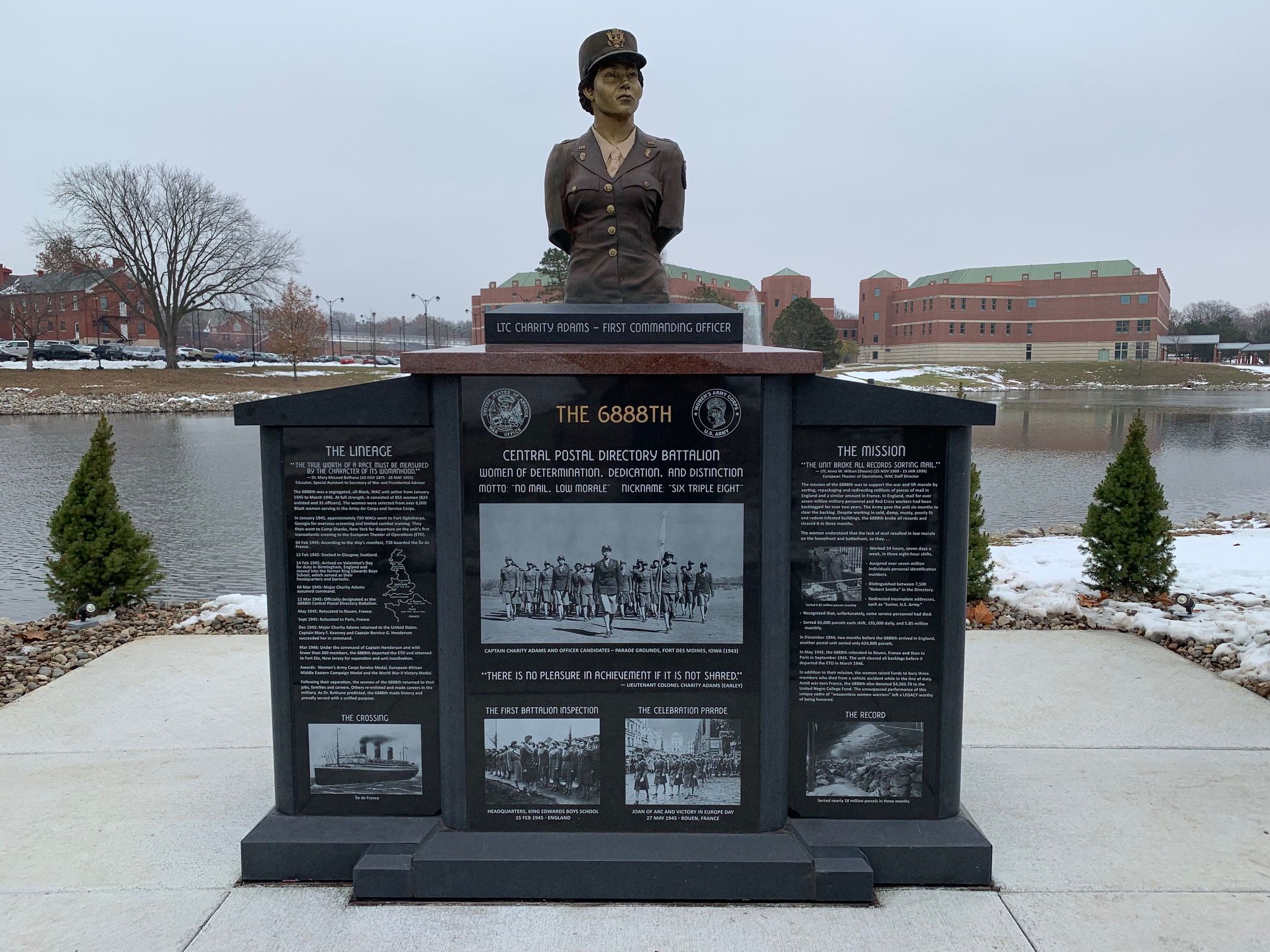 This is not a story about the mail. This is a story about 855 black women, who found a way to serve when the nation needed them most. In 2019 a bi-partisan effort was started to award the Congressional Gold Medal to the 6888th. As of the writing of this article that bill has passed the Senate and is awaiting a vote in the U.S. House of representatives.

Joseph Reagan is the Director of Military and Veterans Outreach for Wreaths Across America. He has almost 20 years’ experience working with leaders within Government, non-profit, and Fortune 500 companies to develop sustainable strategies supporting National Security, and Veterans Health. He served 8 years on active duty as an officer in the U.S. Army including two tours to Afghanistan with the 10th Mountain Division. He is a graduate of Norwich University, the oldest private military college in the country.