A Presidential Proclamation on Bill of Rights Day

By News Desk on December 14, 2022, 7:16 pmComments Off on A Presidential Proclamation on Bill of Rights Day

Washington, DC…With three simple words — “We the People” — the United States Constitution set in motion the most extraordinary experiment in self-governance that the world has ever known. The Bill of Rights made this possible, ensuring ratification by every State then in our new Nation. On Bill of Rights Day, we celebrate the fundamental American freedoms enshrined in those first 10 Amendments to our Constitution and recommit to making the full promise of America real for all Americans. 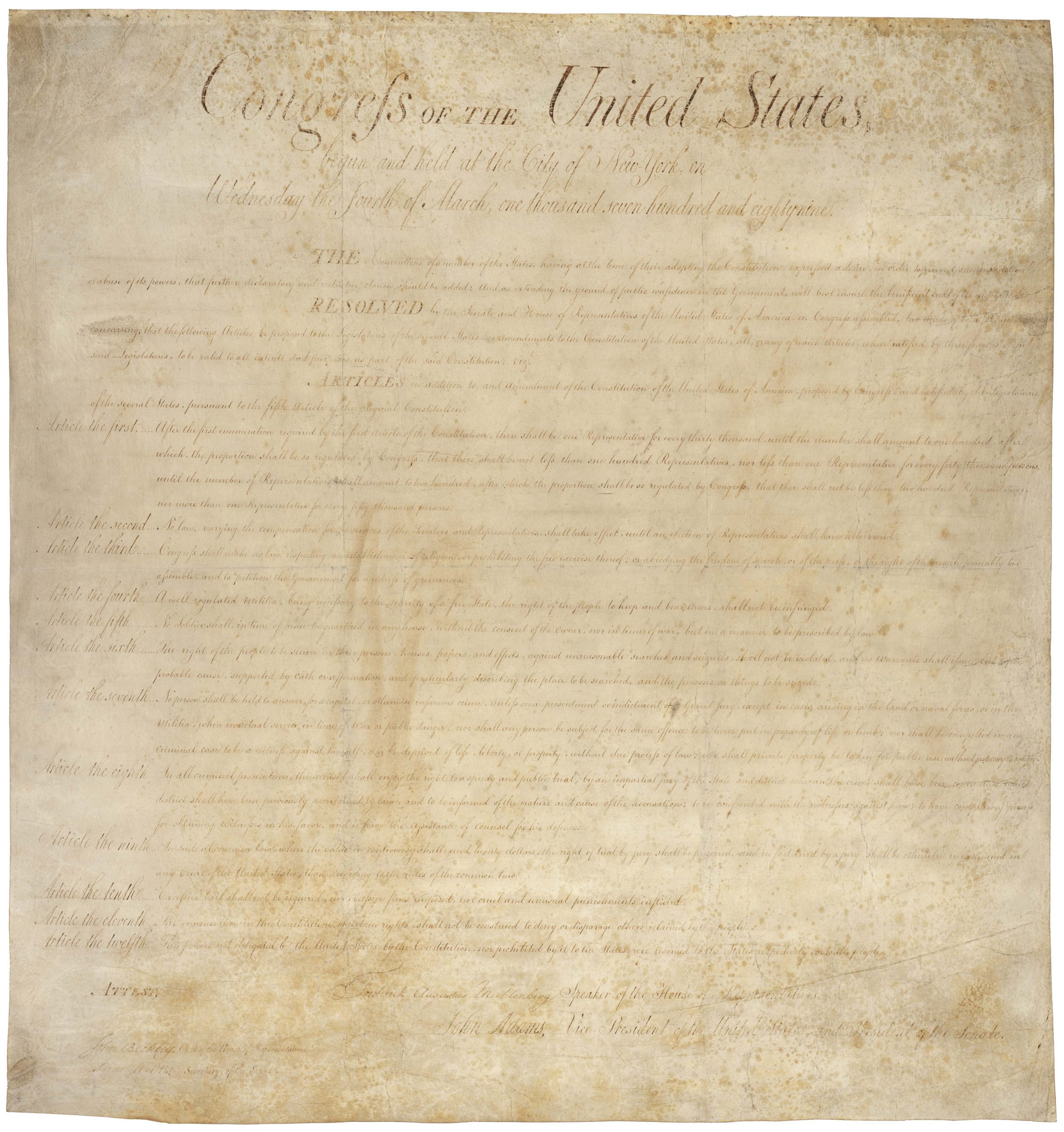 The Bill of Rights embodies a core American strength: the capacity for compromise and self-improvement. By codifying fundamental freedoms, it won over States skeptical of a Federal Government at the time of our founding and proved our Constitution to be a living document, capable of evolving to perfect our Union. The basic rights it guarantees — to religion, speech, press, privacy, and more — have come to define our Nation. And in the over two centuries since their enumeration, 17 other Amendments have been ratified — ending slavery, ensuring equal protection under the law, giving women the right to vote, banning poll taxes, and more — opening the door of opportunity a little wider with each generation.

But freedom is not free — it requires constant vigilance. And nothing about our democracy is guaranteed. Every generation has had to defend our Constitution, including ours today. The right to choose — grounded in the 14th Amendment, enshrined in a half-century of precedent, and relied on for generations — is now under assault. A wave of anti-LGBTQI+ bills is attacking Americans’ freedom to be themselves. In recent years, at least 20 States have passed laws that make it harder to vote. And we have seen new threats to the rule of law that disregard the will of the people.

At the same time, we have also seen tens of millions of Americans stand up to protect our rights and stand against any of these attempts to take our country backwards. I am determined to be a partner in that work. My Administration has taken immediate action to protect reproductive health care, access to contraception, the privacy of sensitive health information, and more; and we will keep fighting to pass a Federal law restoring every woman’s right to choose. I was also proud to sign the Respect for Marriage Act this month and will keep working to advance equality for LGBTQI+ communities, fighting to pass the Equality Act, and building on Executive Orders tackling discrimination in health care, foster care, housing, schools, and more. And because voting is democracy’s threshold liberty — a sacred right on which all our other freedoms rely — I am pushing for new investments to secure voting sites and equipment and to recruit and train election workers. I issued an Executive Order directing Federal agencies to expand access to voter registration. I appointed top civil rights advocates to the Department of Justice, which has separately doubled its own voting rights staff. And I will keep pushing to pass the John Lewis Voting Rights Advancement and Freedom to Vote Acts, as well as the Electoral Count Reform Act, to make voting easier and our democracy more secure.

The Bill of Rights consecrates twin American ideals of equality and democracy. They are the rock on which our Nation is built and the reasons why America has long been a beacon to the world. Our democracy will be preserved not just in courts of law but also in people’s habits of heart. It lives in our national character, courage, and optimism and in the fundamental empathy that underlies our system of government — a willingness to see each other not as enemies but as fellow citizens with equal rights. Today, we recommit to defending and extending that promise to everyone.

IN WITNESS WHEREOF, I have hereunto set my hand this fourteenth day of December, in the year of our Lord two thousand twenty-two, and of the Independence of the United States of America the two hundred and forty-seventh.

A Presidential Proclamation on Bill of Rights Day added by News Desk on December 14, 2022, 7:16 pm
View all posts by News Desk →