A Bit of Wisdom from Herbert Hoover

“There are some principles that cannot be compromised. Either we shall have a society based upon ordered liberty and the initiative of the individual, or we shall have a planned society that means dictation no matter what you call it or who does it. There is no half-way ground. They cannot be mixed.” ~ Herbert Hoover August 10, 1874 – October 20, 1964

“Of the Four Horsemen of the Apocalypse, the one named War has gone – at least for a while. But Famine, Pestilence and Death are still charging over the earth. Hunger is a silent visitor who comes like a shadow. He sits besides every anxious mother three times each day. He brings not alone suffering and sorrow, but fear and terror. He carriers disorder and the paralysis of government, and even its downfall. He is more destructive than armies, not only in human life but in morals. All of the values of right living melt before his invasions, and every gain of civilisation crumbles.” ~ Herbert Hoover August 10, 1874 – October 20, 1964 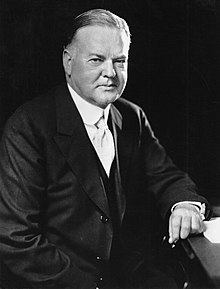