By John Hamilton on November 30, 2020, 10:39 amComments Off on 33 Year Old Watsonville Man Lost His Live in Fatal Collision

Watsonville, CA…On 11/27/2020, at approximately 0929 hours, CHP responded to a traffic collision on Amesti Road east of Cypress Lane, on private property. The reporting party was unsure when the collision occurred, and it appeared to have happened some time that night. Upon arrival, CHP located the driver and only occupant of a blue 1998 Volkswagen Beetle with major collision damage. AMR medics pronounced the driver deceased at the scene.

Upon further investigation, CHP determined this collision occurred at approximately 0028 hours.
On 11/27/2020, at approximately 0028 hours, the driver of a 1998 Volkswagen Beetle eastbound on Amesti Road east of Cypress Lane, at an unknown speed. For reasons to be determined, the driver made an unsafe turning movement and lost control of the Volkswagen.

Alcohol and/or drugs have not been ruled out in this collision. The cause of this collision is still under investigation.
The fatal victim information is releasable through the Santa Cruz County Sheriff Coroner’s Office. 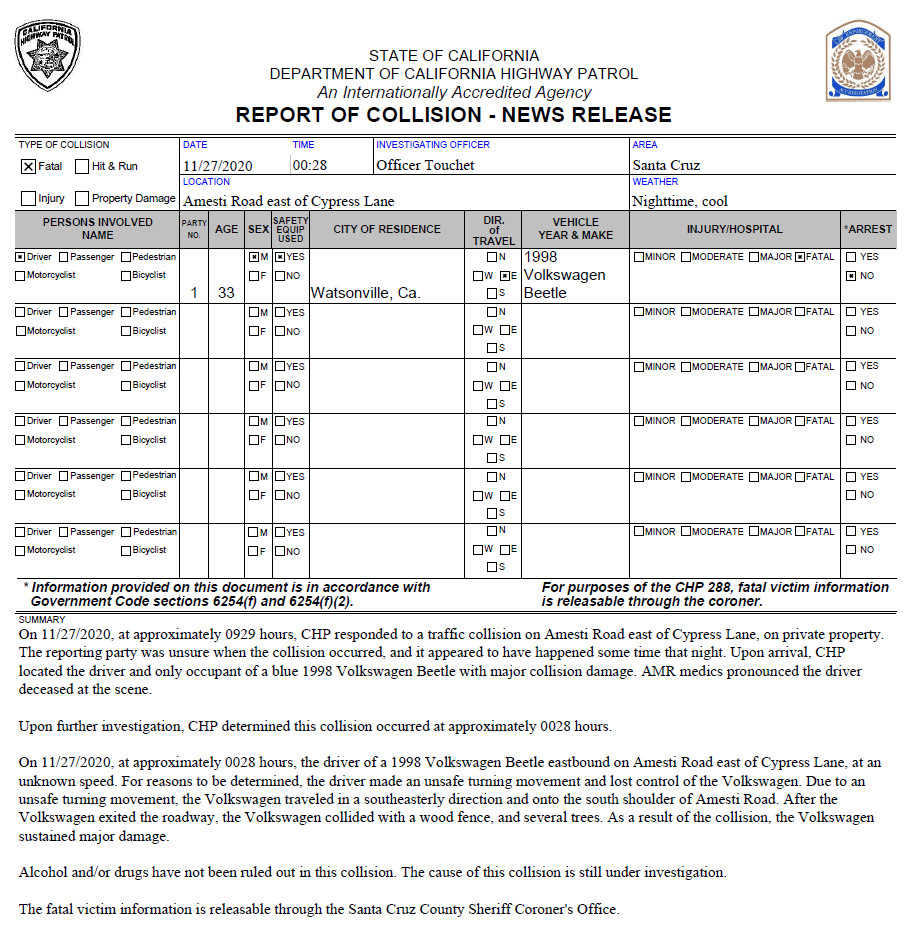