Pebble Beach, CA…Congratulations to our 2021 Best of Show Winner! 🏆🥂. 1938 Mercedes-Benz 540K Autobahn Kurier shown by The Keller Collection at The Pyramids was named Best of Show at the 70th Pebble Beach Concours d’Elegance. 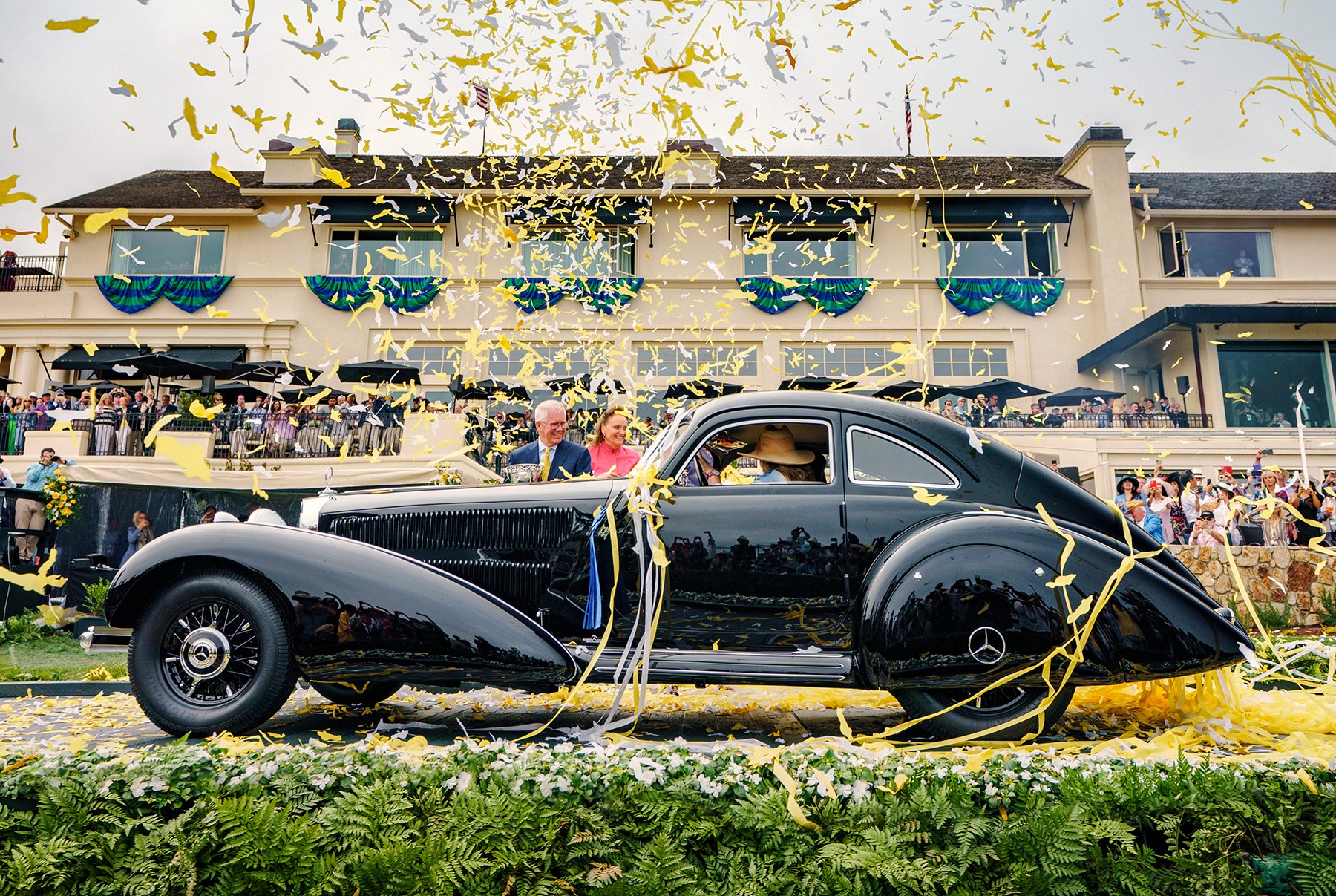 This beautiful car caused a sensation when it was unveiled at the 1938 Berlin Motor Show. It was applauded not only for its long, sweeping hood and aerodynamic design, but for its advanced engineering and superlative performance. Autobahn Kurier, indeed, means “Highway Kurier” and references a period of German excellence beginning in the 1920s that culminated in the construction of the famous network of motorways.

Mercedes made only two 540K Autobahn Kuriers, but this is the only one still in existence and still sporting its original equipment. This is the Kellers’ third win at Pebble Beach and the ninth for Mercedes, which ties the marque with Bugatti for the most Best of Show wins.
#driveon2021 #pebblebeachconcours