By News Desk on October 7, 2021, 9:36 amComments Off on Governor Newsom Launches ​​Governor’s Council on Holocaust and Genocide Education

Sacramento, CA…Governor Gavin Newsom announced the launch of the Governor’s Council on Holocaust and Genocide Education during a visit to the Museum of Tolerance in Los Angeles. The newly created Council will be tasked with identifying instructional resources to teach students across California about the Holocaust and other acts of genocide and provide young people with the tools necessary to recognize and respond to on-campus instances of anti-Semitism and bigotry. 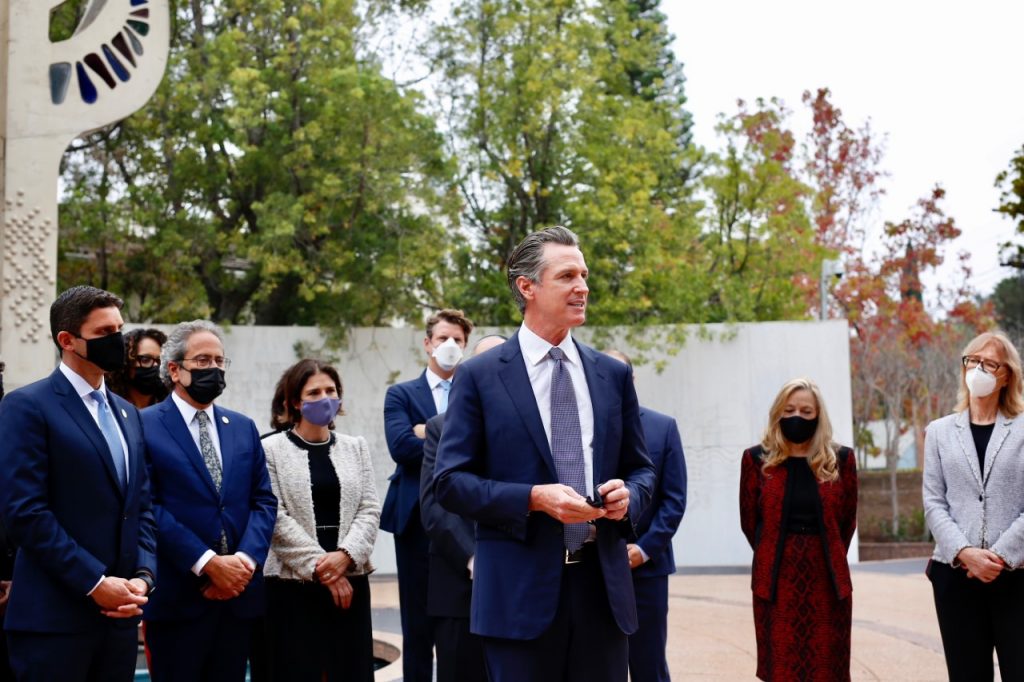 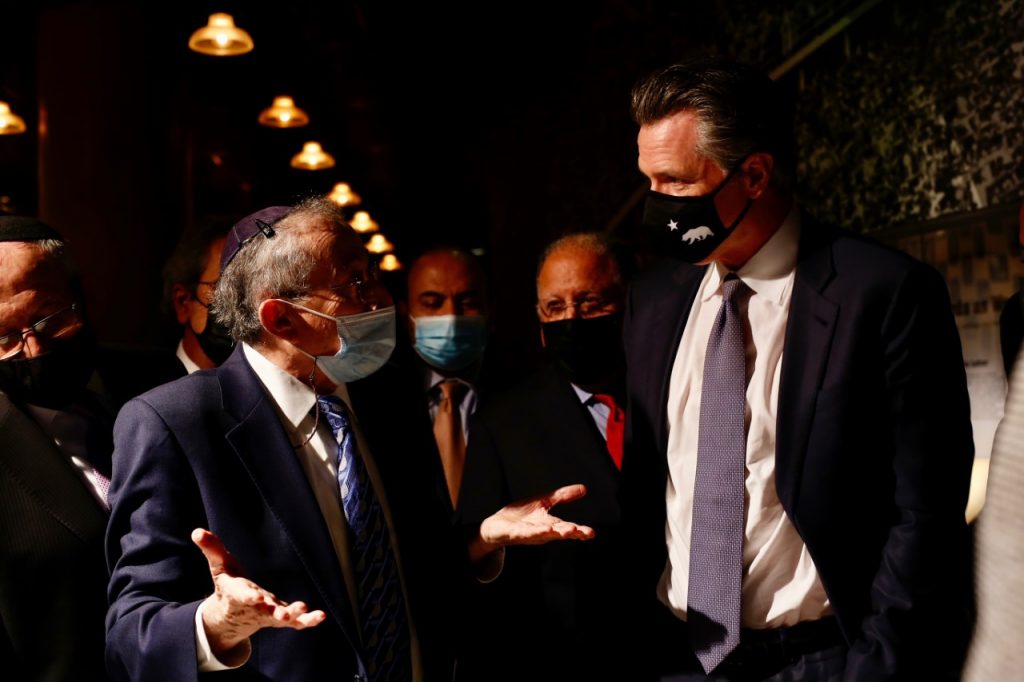 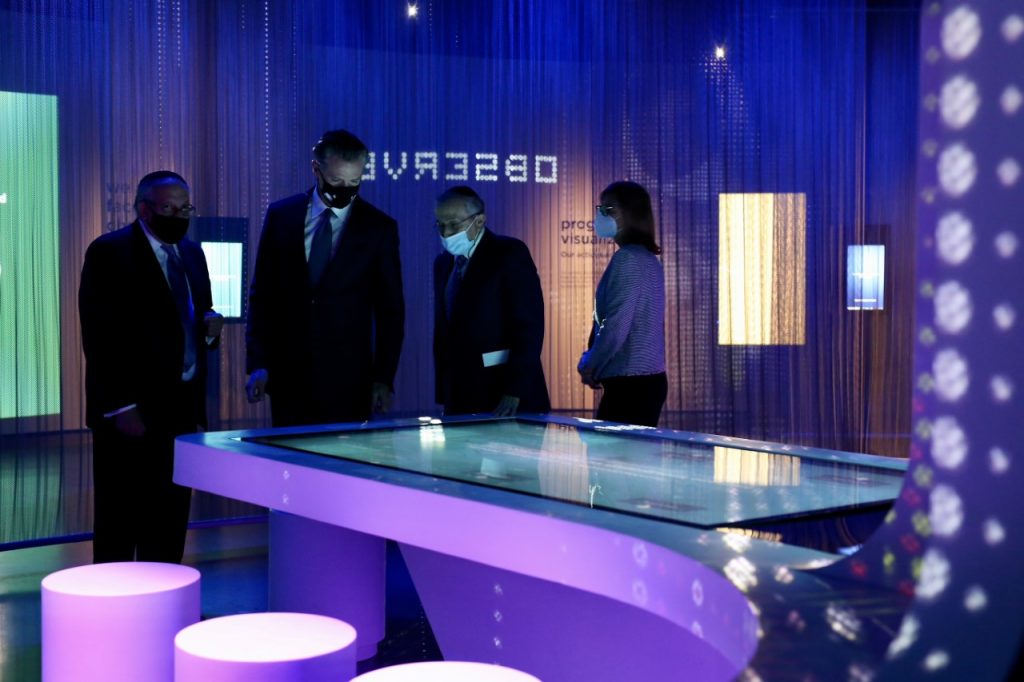 “We find ourselves in a moment of history where hate pervades the public discourse,” said Governor Newsom. “National surveys have indicated a shocking decline in awareness among young people about the Holocaust and other acts of genocide. But in California, we are offering an antidote to the cynicism that this is how things are, and responding to that hate the best way we know how – with education and empathy.”

State Senator Henry Stern, Attorney General Rob Bonta and State Superintendent of Public Instruction Tony Thurmond will serve as Co-Chairs of the Council. Also serving on the Council as members are Assemblymembers Adrin Nazarian, Jose Medina, James Ramos and Rebecca Bauer-Kahan, and Senators Scott Wiener, Connie Leyva, and Susan Rubio. Based on community feedback, the Council will also include academics, advocates and community organizations reflecting the wide diversity of communities impacted by genocide throughout history.

“As we continue to confront the stain of bigotry and anti-Semitism in California and across the country, it is imperative that we come together to develop tools to combat hate across our society, including in education,” said Attorney General Rob Bonta. “The Governor’s Council will ensure California schools are positioned to protect our communities and recognize the trauma of the past. I am honored to join in this endeavor as co-chair.”

The Council will be responsible for developing a volunteer speaker’s bureau of individuals – such as Holocaust survivors – that can engage teachers and students in conversation about the lessons of genocide, providing best practices and resources to support schools throughout the state that are dealing with acts of bigotry or discrimination, and hosting educational events and seminars for educators, students and other interested parties.

“I applaud Senator Stern for his leadership to create this important educational opportunity,” said State Superintendent of Public Instruction Tony Thurmond.  “Education has the power to be a great equalizer and to help us grow, understand, and find a pathway to healing. It is the way to build inclusive and welcoming school environments. This is why, at the California Department of Education, I have created the Education to End Hate Initiative and why I am so proud to co-sponsor Senator Stern’s bill; now we look forward to partnering in the implementation of the $10 million that has been allocated for the Anti Bias Education Grant program in the state budget.”

Governor Newsom has long made the eradication of discrimination and hate a priority. Working with the Jewish Caucus and Legislature, the Newsom Administration successfully secured millions of dollars in this year’s budget to ensure that future generations of Californians never forget the lessons of past genocides, including millions of dollars to develop curriculum resources related to Holocaust and genocide education, for the Holocaust Museum LA, the Tauber Holocaust Library and Archives, and the Museum of Tolerance for a new exhibit focused on anti-Semitism.

On top of those investments, Governor Newsom’s budget allocated $110 million for a multi-year grant program to fund support services for victims and survivors of hate crimes and their families and to facilitate hate crime prevention measures and priorities, including:

Governor Newsom Launches ​​Governor’s Council on Holocaust and Genocide Education added by News Desk on October 7, 2021, 9:36 am
View all posts by News Desk →