By News Desk on April 26, 2021, 4:33 pmComments Off on Secretary of State Announced Today, Sufficient Signatures Submitted to Qualify for Special Election to Recall Governor Gavin Newsom

Sacramento, CA…Today the Secretary of State announced they received 2,162,774 signatures in the recall campaign against Gov. Newsom. Of those, 1,626,042 have been certified as valid moving the effort into the next phase.  The final verification is due April 29.  What was once dismissed as a long shot has become a historic campaign to remove the controversial leader from office in the highest populated state in America. 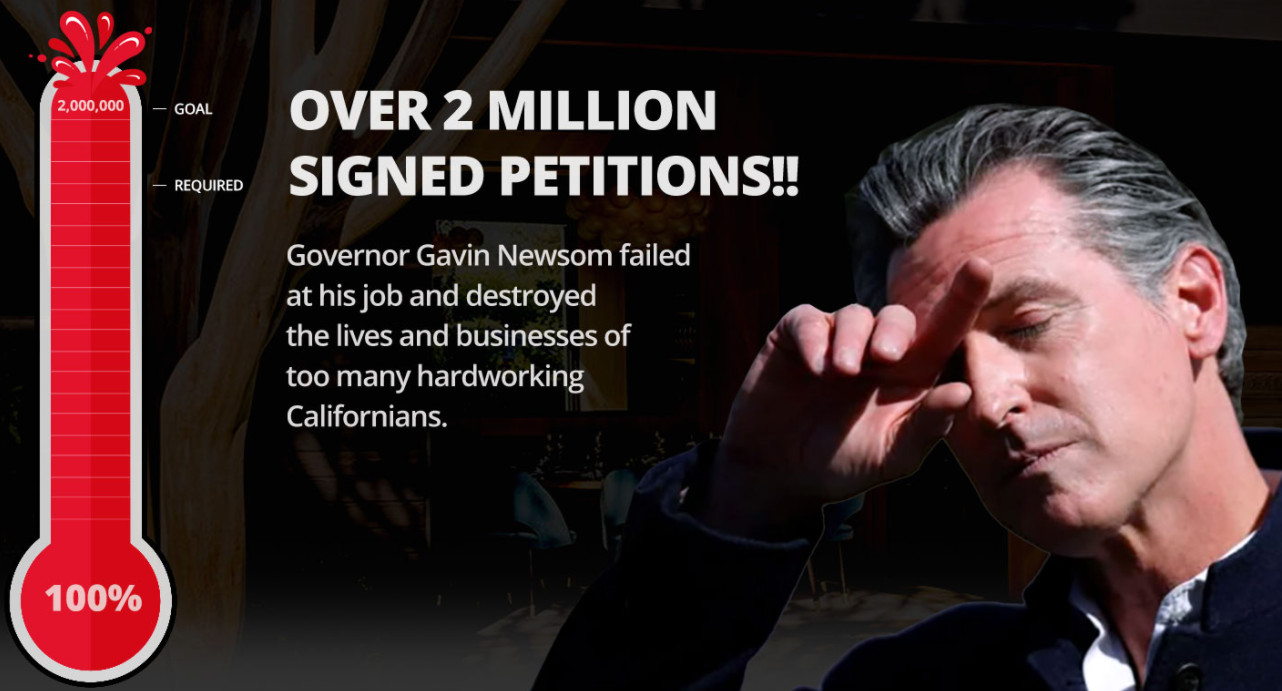 “The People of California have done what the politicians thought would be impossible.  This recall movement to remove Governor Gavin Newsom from office has reached yet another milestone,” said Orrin Heatlie, Lead Proponent of the Recall Gavin Newsom campaign and founder of the California Patriot Coalition.

“Our work is just beginning.  Now the real campaign is about to commence,” stressed Heatlie.

“California is at a crossroad.  People are frustrated at the destructive policies, divisive politics and manipulative tactics conducted by Gavin Newsom since the day he became governor.  We cannot continue to allow one elected official in California to control each aspect of our lives without checks and balances,” said Randy Economy, Senior Advisor and Spokesman for RecallGavin2020.

“Gavin Newsom will now be running against himself in the recall election.  He created this recall because of his failed policies.  Newsom has only one person to blame, and this is himself,” said Mike Netter, Co-Proponent of RecallGavin2020.

This has been a bipartisan effort, with more than 30 percent of the signatures gathered coming from Democrats and Declined to State Voters who are not registered with any political party, as well as registered Libertarians.

“This is extremely important to us here in California and others across America. We hope that people who support our effort can make a donation to support our campaign,’ said Heatlie.

To make a donation online go to https://www.efundraisingconnections.com/c/RecallNewsom.