Aptos, Ca – Martha Lewis was driving a Volvo XC70 on Seascape Blvd near Falmouth Ct when she was involved in a non-injury collision involving several other vehicles. Lewis fled the scene in her car and drove home. Officer’s responded to her home and found her hiding inside. 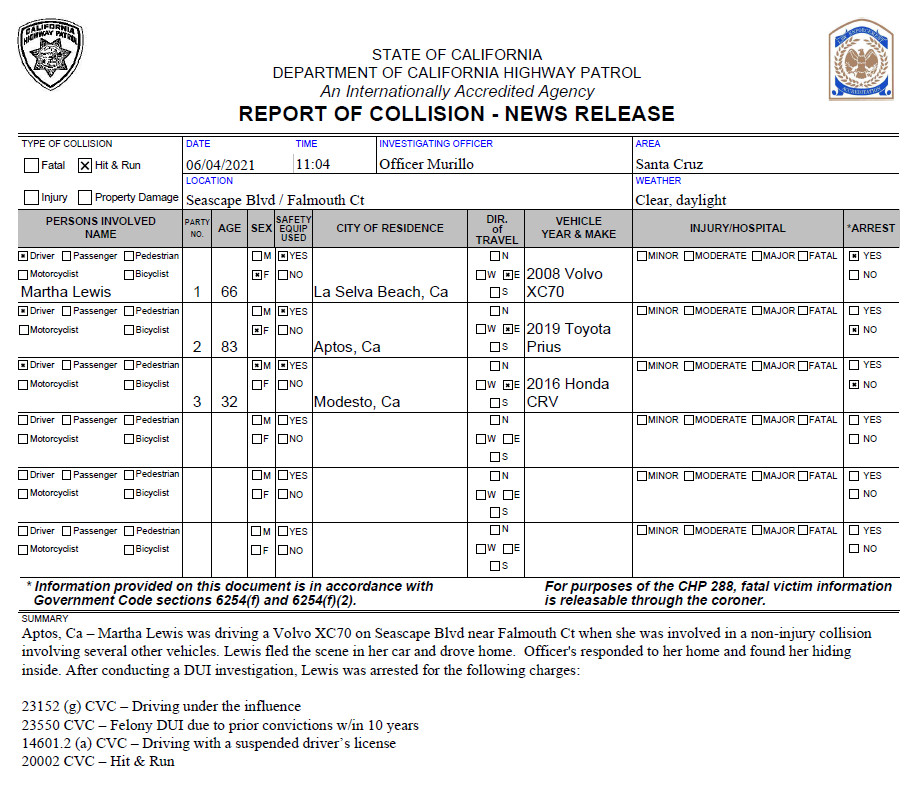