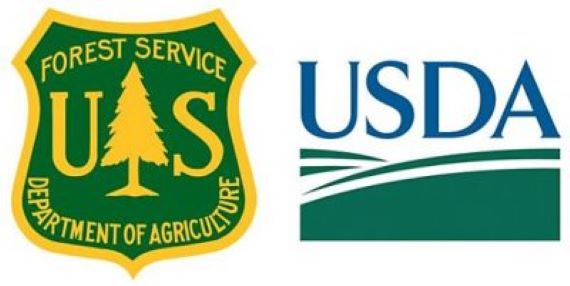 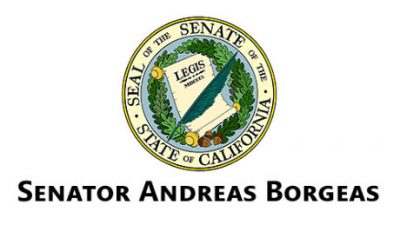 Sacramento, CA… Governor Gavin Newsom announced on Thursday that California regions will be placed on a three-week stay-at-home order if ICU bed capacity falls below 15 percent in that given region. Senator Andreas Borgeas (R-Fresno) issued the following statement in response to Governor Newsom’s regional stay-at-home order: “There is no question that California’s COVID-19 cases […] 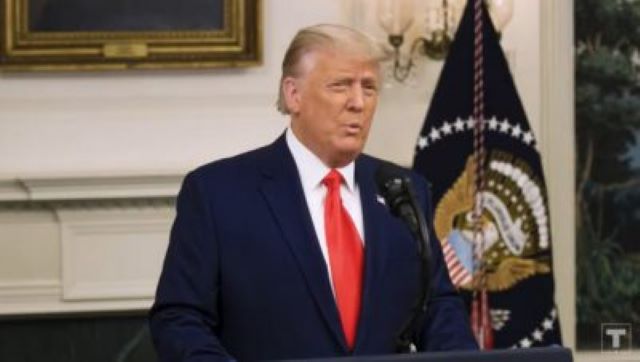 Washington, DC…Today President Donald J. Trump filed a lawsuit against the Wisconsin Elections Commission, et. al. in his personal capacity as a candidate for re-election to the office of President of the United States. The suit was filed in the U.S. District Court for the Eastern District of Wisconsin, Milwaukee Division. The complaint is based […] 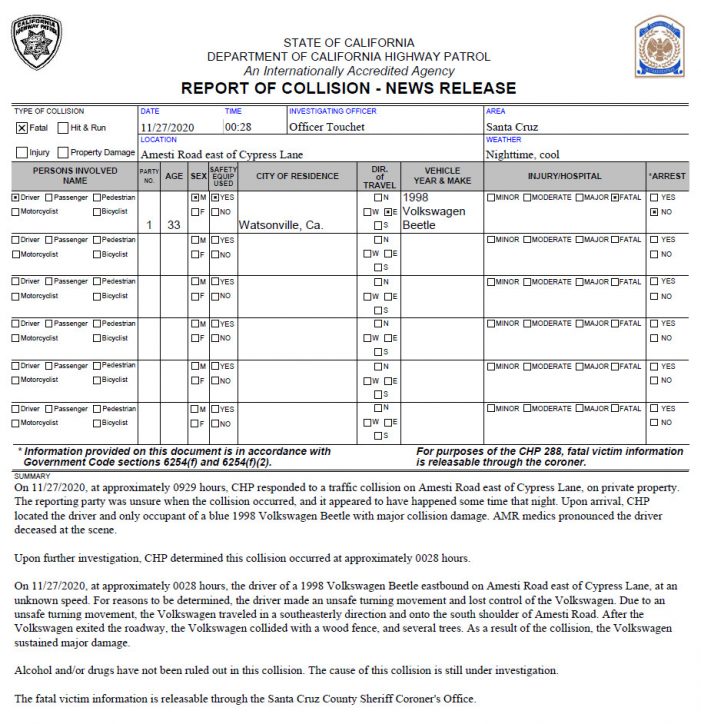 Watsonville, CA…On 11/27/2020, at approximately 0929 hours, CHP responded to a traffic collision on Amesti Road east of Cypress Lane, on private property. The reporting party was unsure when the collision occurred, and it appeared to have happened some time that night. Upon arrival, CHP located the driver and only occupant of a blue 1998 […] 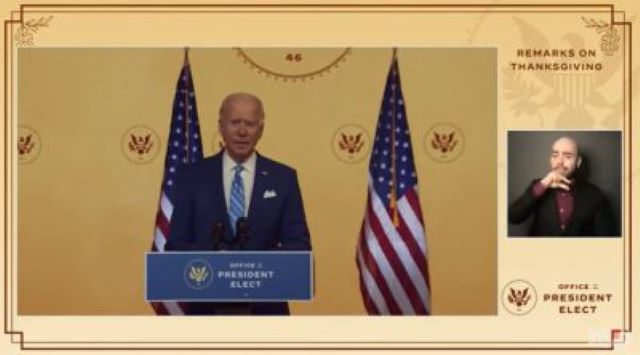 Wilmington, DE…My fellow Americans: Thanksgiving is a special time in America. A time to reflect on what the year has brought, and to think about what lies ahead. The first national day of Thanksgiving, authorized by the Continental Congress, took place on December 18th, 1777. It was celebrated by General George Washington and his troops […] 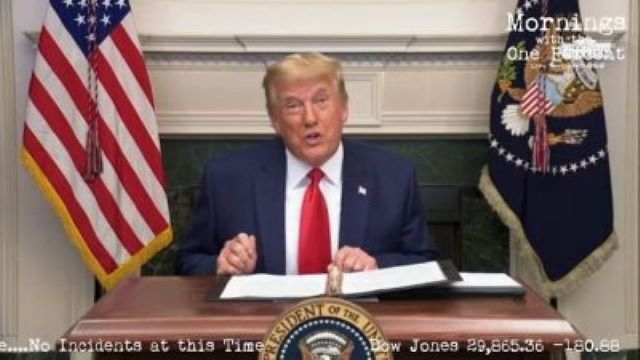 Washington, DC…President Trump Comments on Election Results after Thanksgiving Video Teleconference with Members of the Military

Washington, DC…President Donald J. Trump signed an Executive Grant of Clemency granting a Full Pardon to General Michael T. Flynn. The President has pardoned General Flynn because he should never have been prosecuted. An independent review of General Flynn’s case by the Department of Justice—conducted by respected career professionals—supports this conclusion. In fact, the Department […] 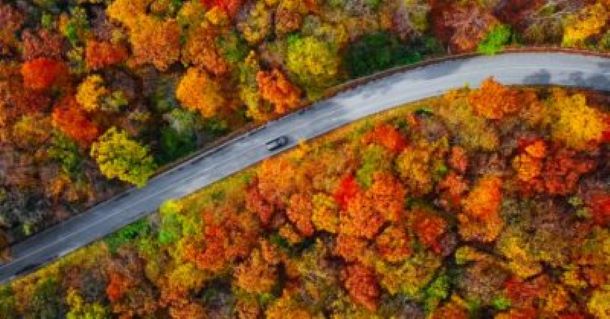 Orlando, FL…Thanksgiving will be on the lighter side when it comes to the typical number of travelers on the roads and at airports. According to AAA Travel, effects of the COVID-19 pandemic, including health concerns and high unemployment, are impacting Americans’ decisions to travel for the Thanksgiving holiday. With health and government officials stressing that […] 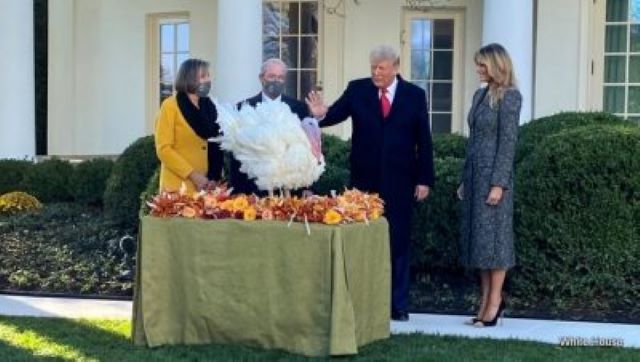 Washington, DC…Well, thank you very much. Please. And I just want to congratulate everybody. The Dow Jones Industrial Average just broke, for the first time in history, 30,000. It’s now — (applause) — that’s good. That’s great for jobs, and it’s good for everything. And this is the ninth time that we set a record […]

Washington, DC…On Thanksgiving Day, we thank God for the abundant blessings in our lives. As we gather with family and friends to celebrate this season of generosity, hope, and gratitude, we commemorate America’s founding traditions of faith, family, and friendship, and give thanks for the principles of freedom, liberty, and democracy that make our country […]